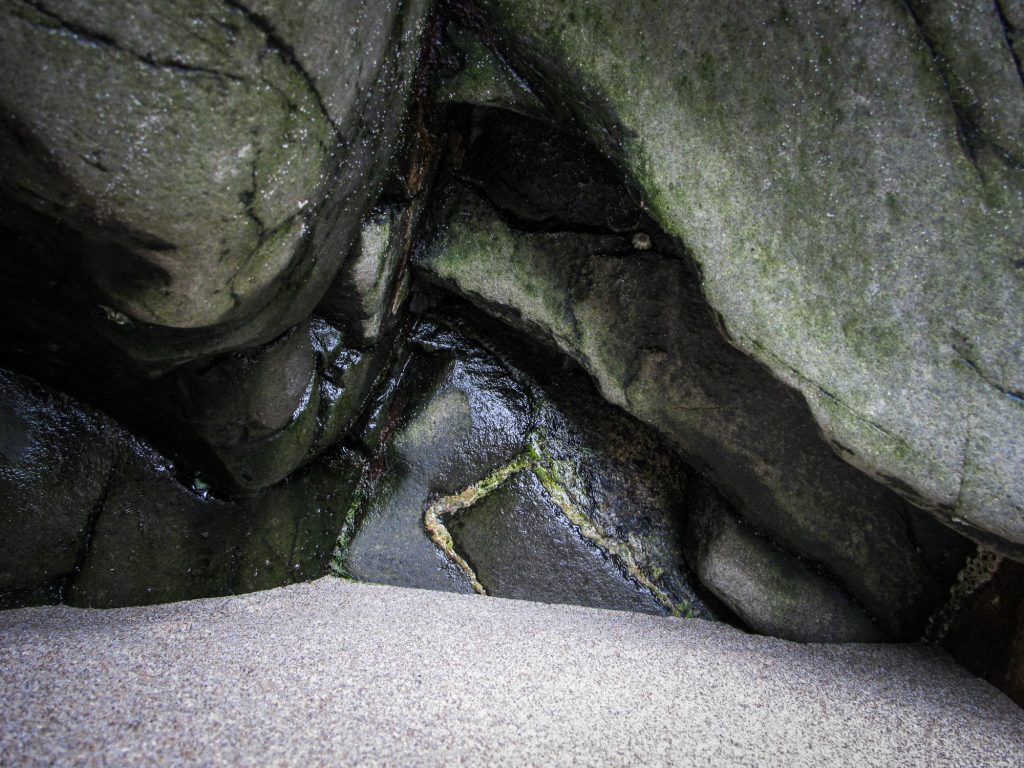 A Walk in the Wilds 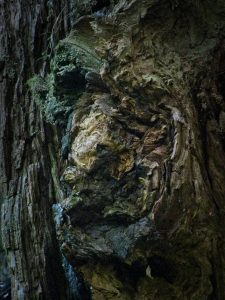 Spirits of Nature are all around, if we’ve the eye to see

It had been a few months since I had been to the woods. The daily activity had kept me occupied and living without a car makes it less likely to just go spontaneously. Now a friend had wanted to go out to learn something of the forest and the nature, animal and plant spirits. I had spoken with her a number of times about Druidry but this was her first time to be out in the forest without a group of people, music, reading material or constant activity planned. It is a different thing to go out on the spirit quest and she was enthusiastic about this new experience.

We arrived at a suitable spot to park the car. It was miles into a forest service road and there was no sound of human activity other than the occasional airplane far overhead. It was mid-afternoon and the air was very still. My friend was somewhat agitated. I could feel the grip of the conditioned social vibrations causing her to feel uncomfortable with the silence and thus hurried. She was anxious to get going, but I had us wait by the car and drink a bit of water and talk for a couple minutes while we burned some herbal incense. We spoke about moving respectfully in the forest, about stepping carefully so as not to damage plants unnecessarily, about not making excess noise and disrupting the creatures living there. Even a handful of minutes outside with the trees all around is enough for the energies of the forest to start working at the knots of social tension. The words faded away and the energy was calmer. It was time to go.

We started walking up a gentle slope. The trees around us were two to four feet in diameter. Mostly Pine, Cedar and Fir. Their canopy kept the ground mainly bare of plants and covered in needles. What green plants were there were mostly ferns and a few vine maples where the sun came through the canopy. There were lots of lichens, mosses, and mushrooms. The air was cool and moist with that palpable presence and vibration of the living forest though not the ever so awake spirit of intact old growth. I could sense the forest observing us. Various little animals were still and alert. The smaller birds were disturbed from their tasks as they adjusted to our being there. I could feel the intent gaze of an owl not too far away to the right. The trees were whispering in their steady rhythm. After a couple hundred yards, the canopy became denser and the size of the trees was larger.

I was about to step between two smaller trees when I noticed that this was a threshold, a portal into the deeper forest. It felt closed. My feet did not want to proceed. So I sat down and waited. My friend started to speak, but I motioned her to stay silent and sit as well. I quietly stated that we had to wait until we were invited. That it is important when we come to learn that we listen and respect the energies around us and that we had not been granted entry yet. So we both sat quietly. The minutes flowed past. I settled within and let go of any expectation of proceeding forward. More minutes went by. We had been sitting for maybe 30 minutes. I could feel my friend getting impatient so I motioned her to take some deep breaths. Over some minutes I started to feel a kind of pressure building around us. There was a pause and then it was like the forest exhaled with a swirling sigh. The doorway was open and as I stood and took a step forward it is like the breath of the forest carried us through.

Before walking on, I took some sunflower seeds out from my pouch and handed some to my friend and indicated she should do as I do. We set some seeds at the base of each tree and then poured a bit of water. An offering to the spirits of the land for inviting us into this sacred place. As an expression of gratitude that we have been acknowledged as part of the community of Nature and welcomed. And of course a treat for the little creatures! Speaking of little creatures, I had been on a 3-month solitary retreat in the forest some years prior. I regularly left a bit of food out on the ground for the little mice since I had camped right in their home. Once a week a friend would come by to bring some food for me. She had started bringing some healthy treats. I said that I appreciated the gesture but that I wanted to eat a very simple diet while on my retreat so would she please refrain from bringing them. Just then a little field mouse sitting just by us started chittering. I had not heard one make a sound like that. It was saying it would take the treats if I did not want them so please keep bringing them. Animals are far more intelligent and communicative than we realize and it is the human who has lost sight of this living connection.

Our society is so alienated and disconnected from the life around and the dominant view is that the universe is a mere mechanical system. Every day living in it, it is reinforcing this idea, but it is not true. Existence is a living, intelligent, sentient totality of which we are an integral part. To make an offering is to recognize this. Each time done brings healing to the deep wound we have made in ourselves and which we then inflict on the broader community around.

Back to this tale, and with the offering made, we continued into the forest. I felt lightness within. Passing that threshold, something of the city was gone and a wild spirit now held sway. My feet were led forward. I could feel we were going to an energy spot though where it was I did not yet know. My friend was feeling happy. I knew she did not feel directly our invite from the spirits, yet I could see on her face that she felt at ease now. The bit of feeling of being an intruder or not at home was no longer there. So at some level she knew, but was not yet conscious of it. The birds and other creatures went about their activities. A dragonfly buzzed by. We walked for about an hour with little talking. My head felt a kind of pressure from the intensive energies around. More than once I have felt this at first when I have not been out to the forest in a while. Relaxing and letting go some protections from city living, this passes soon enough.

While walking, there was no feeling of directly looking for a particular place, but rather an alertness to feel where we were being led. I felt that alertness sharpen and knew we were close. I stopped and took a few breaths and settled within, letting the mind go still and extending my senses. Then like a bubble rising to the surface, I felt it and an excitement vibrated in me. I walked to the left and through a number of small young cedars. Here was a thirty-foot circle of large trees with a beautiful moss bed and a sizable stone in the middle. This energy center was where the forest had brought us.

I set down my pack and opened my pouch and laid a few things on the ground. This included some sage for cleansing our energies. The waiting at the portal and the subsequent walk had already done that, but I wanted to teach my friend some basics along with the energetic foundation of the work. I explained the particular ceremony we would be doing, its significance and what her part would be. It took about an hour and a half and as we finished, the owl that I had felt earlier flew right overhead and landed nearby. We looked at each other in recognition.

The Nature spirits are calling on people to rediscover their own naturalness. To open themselves to the energies of the wild places and be rooted there… Not to absorb some new ideas to bring to the usual social routine or to sell in the marketplace, but to be changed within and to bring forth a new vibrational human being integrated within the community of Nature.